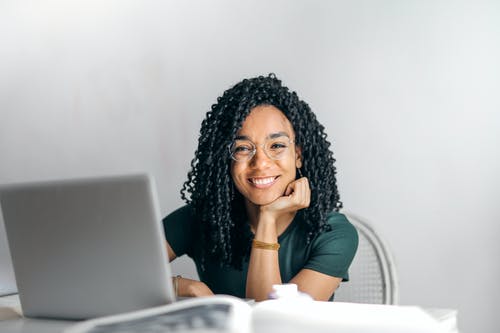 You have your rough draft. Yay! Now, what do you do with it?

We have talked about several ways to come up with your rough draft. We encouraged you to use the creative side of your brain, and to write quickly. In some cases, we even encouraged you to plow right on through without correcting little typos.

If you’re writing a book, you want your book to do well. While it will be fun to get the book done, it will also be great to get it to the point to where you can sell the book.

Now is the time to edit. This is when the analytical part of your personality gets to kick in. This is what some of you have been waiting for, depending on your personality type. Some, more than others, find it hard to slog ahead while leaving some of those obvious typos and items that we immediately knew could have been worded better.

Remember, our goal is to get the book done! Many would not be able to do so without that forced action of moving on with the wording that first comes to mind.

Why You Are the Best Editor for Your Book

Several reasons exist as to why you are one of the best persons to edit your book. In fact, you might be the best person altogether. Some of those reasons are:

If you want it to really sound like you, then you are the best one to edit your book.

It is also a good idea to have a third-party analysis. You need to have someone not as familiar with your content to look over your book. When it comes to the process of proofreading, this is especially true. Right now, however, I’m talking about the other content editing, sometimes it’s called line editing.

There are some options for getting someone professional to edit your book. Years ago, I used Elance. It was a good place to hire freelance workers. They gave you samples and descriptions of the writing. You were also able to look at ratings from people who had used those particular freelancers before.

There was also a site called O’Desk. Elance and O’Desk have now merged, and it is called Upwork. You may want to go to Upwork and check out some of their editors.

Another freelance site you might be familiar with is Fiverr.com. When you go to any freelancing site, look at the descriptions of what they do, their ratings, and ask for some samples. You can probably find a good editor simply by doing that.

There are some other options you can look at more in depth. You can look at some more expensive options. If you have gone with a Hybrid publisher, they may offer some editing services, and you may want to go with them. I have a book that I’m collaborating on right at the moment, and we’re doing it through an excellent Hybrid publisher, so we decided to hire their editors to go over our work.

There are also some things you can do on your own. If you are pretty good with grammar, then you may be able to just use the computer software called Grammarly. Or, there is another one that is called Pro Writing Aid. Both of those are very good. If you are not good at grammar, you definitely want to use something like this before you hand it over to someone else. But if you are pretty good with grammar, then it may be that just running it through one of those two pieces of software is all that you will need to do.

There is another type of computer editing you can do. You have the “find and replace” button on your word processing software. So go through and do a search for the word “the.” If you are writing a nonfiction book and you want to do it in a very personable way, you may want to change some of those “the’s” to the word “you”.
For instance, instead of saying “the book,, it might be better for you to say “your book” if, indeed, it is the reader’s book you’re talking about.

Another example would be to search for the word “that”. Many times, the word “that” can be removed from your sentence and still make sense. It won’t always be appropriate to remove the word, but, really, doing so sounds better in a lot of instances. Just be sure you go through your document and check that out.

Now here’s a very important one.: You have the “be” verbs: “am, is, are, was and were.” You can take your computer and search for all the instances of each of those words. Those sentences, more than likely, are written in passive voice. Passive voice is where the action is being done to something. Generally, your writing is more exciting if you have someone or something, doing the action.

So, you could change those sentences to active voice. An example would be, “The ball was hit.” You can change that sentence to, “He or she hit the ball.” See how doing that changes from the action happening to the ball to someone doing the action?

Sometimes you can’t change those sentences; it wouldn’t make sense for you to change some of those things. In those cases, then, just leave them in passive voice.

At times, it may be, that, at the very beginning of certain paragraphs or certain sections of writing, you may want a more powerful word. To start with such a powerful word, you may, in some of those cases, deliberately use passive voice. Just make sure you’re doing it on purpose.

Another set of words to search for with your computer, are words that end in “ly”. Those are generally adverbs. An example of that would be, “He ran into the room quickly.” Quickly is an adverb. Usually, whenever you have something like that, you can make your verb stronger. Let me give you an example. You can change your verb to rushed, “He rushed into the room.” or, “He burst into the room.” Doesn’t that sound better?

So, these are some ways that you can fillet that fish and get rid of the bones. The meat represents the good words and wording you want to keep. The bones are the things you want to edit out. We have described ways to edit for fun and profit.

For more tips like these, hit the “writing” tab on this blog.