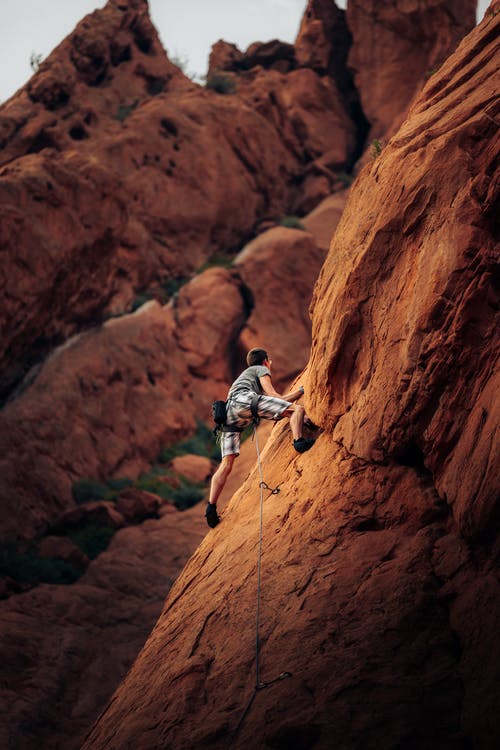 Crash. Boom. Lightning strike! Was it going to rain on our . . .
(Well, not actually a parade)? Persistence, a key success trait for life and business, was going to figure prominently for us on that day.

Last Thursday, I went to Holiday World with Chip, my son-in-law, and Ralanna, my second oldest daughter. They have four children (four of my Grandchildren!). Three of them went with us. The eight-, thirteen-, and sixteen-year olds would be able to navigate the park very well. Their youngest stayed with my wife, Rhonda, who doesn’t care anything about most of the rides anyway.

We started the trip in a storm. Then the rain progressively seemed to get less and less heavy. We, after a couple of hours, could see bright spots in the clouds as we got closer to Santa Claus, Indiana. Yes, that’s really the name of the town where Holiday World is located.

However, about ten miles before the exit off of the interstate, what many would call a “cloud burst” hit–The hardest rain yet!

Would we have to go back home?

The rain let up again, and by the time we got to the parking lot, it was just a little harder than a sprinkle.

The bottom line–We went on in. We had plastic ponchos, and they served us very well.

The rain continued off and on. That was OK because after riding the old-fashioned cars, where even the youngest could drive, and the bumper cars, which were inside, we were in the water park the rest of the morning.

Right after we ate lunch, the loud speaker announced that weather with lightning was approaching and all rides would be shut down temporarily. So, for about 45 minutes we sought shelter in some areas with rooftops.

The storm ended, and we changed clothes and went to the other part of the park. Our ponchos came in handy again when we rode the Raging Rapids and the log ride, both of which usually drench us.

Several rewards and nice surprises came our way because we persisted through the storm: The crowd was much smaller than usual. The lines were shorter. We even rode the Raging Rapids three times in a row–which delighted Makenna, the youngest member of our party, very much. Because some of the larger rides were closed, we rediscovered many of the smaller and medium-sized rides. Again, the was a great benefit to Makenna. The weather was cooler than usual. Furthermore, since some of the major attractions shut down for two hours, we also found out that we get to use the same tickets for another trip with no additional charge!

What does this have to do with writing books, having online businesses and other entrepreneurial pursuits?

Realize the value of persistence. Many failed businesses have been estimated to have quit right before their moment of success. Many experts say if those businesses had just hung on a little longer, they would have made it.

So, persevere through the storm. Many unexpected benefits may come your way.

For you, success may be just around the corner and right after the current storm dies down.

Where are you in your business ideas? If you are thinking about writing a book, for instance, here is a great way to start.