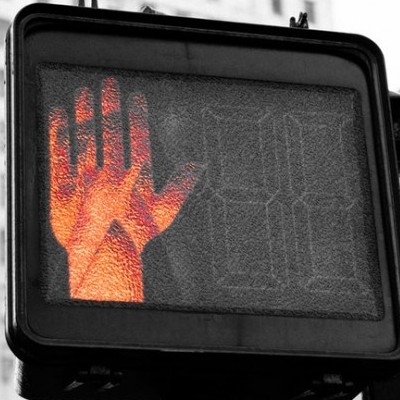 We usually think of marriage as two parties coming together instead of them leaving each other. Leaving and marriage – Are these terms mutually exclusive?

Actually, they are not exclusive. It depends on what “type” of “leaving” you are talking about.

So, obviously, in the case of marriage, we want a couple to stay together. We are speaking not of the parties in the marriage leaving each other (except for a last-resort attempt to save the marriage). Rather, we are talking about them leaving other things in order to come together.

Certain Types of Leaving Are Beneficial

When we talk of leaving the past behind, we can find the great benefits that come from that. When the couple comes together, they will begin to discover many differences. Some of those differences are the result of past experiences, both good and bad. Some of those differences come about just because of influences from parents and past relationships. The husband or wife who has some ideas that he or she has adopted simply because others held them can benefit greatly from becoming his or her own person.

You may have heard of the story of the young wife who was preparing for a family get together. She took a ham and cut the end off of it, and set the cut-off piece aside.

Her husband looked on with admiration and … wonder. His wife continued with the meal.

Finally, he said, “Why did you cut the end of the meat off”?

She said, “I don’t know. My mother always did it that way.”

A few weeks later, she was with her mother, and asked, “Mom, why did you

always cut off the end of the ham before you cooked it?”

“It just would not fit in my short pan!”

Sometimes we need to think things through for ourselves.

Here are some things that are good to leave behind when you get married.

Leaving Your Baggage Behind Is Beneficial

We all come into a marriage with a certain amount of “baggage” from our past. These items of baggage can come from past hurts or previous failures.

Some of this baggage can cause us to misunderstand some actions or statements our spouses can make.

It can be helpful to discuss some previous experiences and how they make us feel.

A husband can feel that his wife is really putting him down when she, perhaps, offers some constructive criticism when he is working on projects.

A wife may misunderstand when her husband is just kidding when he makes some remarks about her appearance or clothing. She may have been working hard in her old clothes, and he certainly knows she is not “fixed up.” A careless remark may make her feel very put down also

Leaving Your Past Relationships Behind Is Beneficial

Of course it is important to leave behind any former romantic relationships.

Making comparisons to the former “old flames” can be very damaging. Building up the memory to where the memory is better than the actual past relationship can cause discontentment in the present marriage.

Worse than that is the perception your husband or wife may have of you. You mate may think you are comparing him or her to one of your former possible love interests.

It is important to make sure our mates know they are Number One in our lives.

Another important adjustment comes in relation to the parents of each member of the marriage.

In the past, each person (in the case of a good home life), has been in the habit of relying on his or parents for advice, guidance, direction, and even a certain amount of decision-making.

When married, the couple has to learn to transfer that natural dependence they had on their parents to each other instead.

An Actual Leaving as a Last Resort May Save Your Marriage

So far, the type of “leaving” we have discussed refers to a “mental” leaving.

In very severe cases, where the couple is very close to breaking up, an actual process of leaving may be beneficial.

When a husband threatens to leave, the wife may become very clingy, scared, and desperate. (A man who is very smug and clueless, when his wife threatens to leave can become even worse in the scared, needy and desperate department.) Dr. James Dobson, in his book, Love Must Be Tough, explains why it is important, in many cases, for the rejected party to pull away instead of running toward the offending party.

T Dub Jackson in his “Magic of Making Up” program also explains the importance of being strong, and not appearing to be too desperate–even if the offended party is torn up inside.

When the offended party takes steps to be strong, he or she has the advantage of having prepared somewhat if the one who wanted to leave in the first place does indeed leave.

The other advantage this brings, though, is a certain amount of new-found admiration the spouse who threatened to leave. He or she discovers this unexpected admiration when he or she sees the new-found strength of the offended mate.

It is important not to smother the one who threatens to leave with continuous apologies (though one apology in the early stages may be warranted). Sending continuous texts, and other signs of desperation can become annoying and be perceived as “pestering.” The opposite action of silence and pulling away often causes the first party to “think again” about his or her decision to leave.

An actual leaving or “kicking the other one out” may have a jarring effect that will cause the discontented party to come to his or her senses.

Both Versions of “Leaving” Benefit Your Marriage

We have seen that when it comes to the question, “Leaving and marriage–Are these terms mutually exclusive?” the answer is, “No, they are not necessarily exclusive terms.”

In fact, with certain uses of the word “leaving,” the process of leaving can be beneficial to the marriage.

The mental leaving is very important. Leaving your baggage behind and not bringing up your mate’s past over and over is very helpful in a loving relationship.

Actually, in any good marriage, there will be some serious “leaving” going on!

If you would like to learn more about the importance of leaving, check out the first book in my LOVING Way to a Successful Marriage series. The title is 21 Ways the Principle of Leaving Will Benefit Your Marriage: Why You Should Apply This Shocking Key to Marital Bliss.

I would be interested to know of other ways you can think of where “leaving” can benefit and/or restore a marriage.

One Reply to “Leaving and Marriage – Are These Terms Mutually Exclusive”