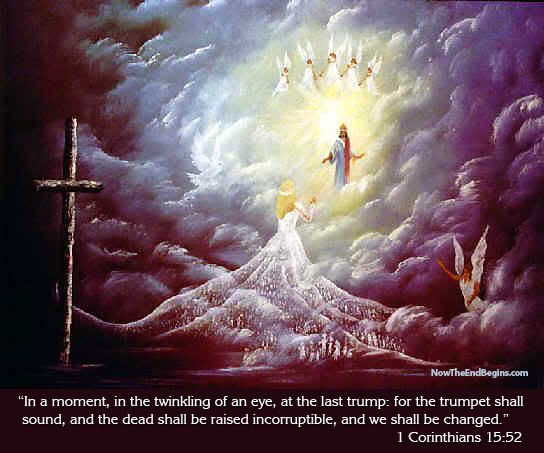 Have you ever made yourself do something that’s really hard?
I had an email that I needed to send because I had to talk to someone about an issue. I was dreading sending it and the response. I put it off for about 3 weeks.

I have a room full of books, literally. Rhonda and I went down to Nashville, Tennessee, a few weeks ago and took along several books that I was hoping to get rid of. There’s a store in Nashville called McKay’s Books. They will take your used books and either give you credit or cash for them. We brought a lot of books, hoping to make a couple of hundred dollars. Well, the store wound up only taking about 7 of the books we had brought, but it was enough for me to be able to get another book. It’s called, The 5 Second Rule by Mel Robbins.

About the Prophet and Chapter 25

Jeremiah was a prophet in the Old Testament. By the time we get to Jeremiah 25, he’d been preaching for 23 years. He was called upon by God to give an unpopular message. I don’t know if he did a mental countdown, but he may have taken a deep breath and just delivered the message as God had told him to.

The message in this passage was delivered by Jeremiah, and it was definitely unpopular. The message was that judgment was going to come (remember I drew your attention to “turn now” meaning repent, Babylon, all these surrounding nations, and the shepherds, or leaders) and that God wasn’t going to put up with what they were doing much longer. They didn’t learn from their brothers and sisters from the North and continued to worship false gods. Moses had warned them against doing this years before.

In speaking about the passage above, evangelist G. Campbell Morgan said, “It described the processes of the Divine procedure in judgment in enlarging circles. First, there would be the judgment of Judah, Babylon being the instrument. Then would follow the judgment of Babylon by many nations. Then the judgment of the nations shall follow. Finally, the whole earth will be involved.”

There Can Be Increasingly Larger Areas of Judgement

In Jeremiah, it started with Judah, then went to Babylon, then many nations, and then goes to the entire earth. The longer you go, the worse the judgment can become. Judgement makes it difficult, but we can be serving God in difficult times.

There was a time in this nation when, if you held up a Bible, people, even if they weren’t Christians, would know what it was. They would say, “That’s The Good Book”, or “That is God’s Word”. Now, there are many who will not say that or are “offended” by the mere mention of the Bible. As we go further into judgment, it’s going to get worse.

Scripture is written in such a way, I was told, that in every generation, people could think that Christ’s return was imminent. When Paul wrote First Thessalonians, they thought Jesus was returning right away. So much so that some quit their jobs and sat and waited for His return. That prompted Paul to write another letter, Second Thessalonians, and instruct them to “occupy until the Lord comes.” (Chapters 2, 3) We don’t know when He’s coming, but it could be any time.

A woman I knew who was in her 90s said they had been saying her whole life that He was coming, and it hadn’t happened yet. It’s been nearly 2,000 years and Jesus hasn’t returned yet…but He is and it could be today!

Although we may not like it, we can at least understand it. We can understand that people are bringing things upon themselves. If we were to repent, things could get better. Just like if the people that Jeremiah was preaching to had repented, they could have been spared. But he knew they wouldn’t, so he told them they were going to go into captivity for 70 years, and they did. They were going to be serving God in difficult times.

The countless victims of the Holocaust probably thought the end was near, and Christ would surely return soon. But He did not.

I believe that the reason is that God has been longsuffering is that there are still some who need to come into the fold.

Watch for judgment. One of these times, it’s going to be the final one!

I believe we live in the best Nation in the world. But I’m concerned, as many are. I’m concerned that there are 300 people being held without being charged.

When my church decided to return to live services, we left it up to the individual if they wanted to wear a mask or not. It’s their choice. Just be respectful of their decision.

Getting the vaccine is also a choice. Some have decided to do it, while others have decided against it. Some are still doing research. I’m concerned about the mandates. The mandate nearly shut down the Nation when so many flights were canceled due to pilots pushing back against mandates. It feels very oppressive. At this point, the vaccine is still experimental.

As an adult, if you got the vaccine, that’s great, it was your choice. If you haven’t been vaccinated, again, great, it’s your choice. My concern is for the children. Long-term effects are still unknown, and I don’t want the blood of the children on my hands.

According to the statistics, there’s very little likelihood that children under 20 will have a serious illness as a result of contracting COVID. But what our government is wanting is to take minors and force them to have something put into their bodies that is still experimental with unknown long-term consequences.

I’ve seen microscopic slides that show living organisms in the vaccine. Fetal tissue is used in the vaccine. Some young people who have received the shot have developed myocarditis, which is an inflammation of the heart. There have been over ¾ of a million adverse effects reported.

This is not meant to scare you. We’ve all made the best decisions that we could with the information we had.

This is all to say that the government is getting to the point where they’re saying, “We’re going to make you do this.”

Jeremiah warned the people that they would come under an oppressive government. He told them to make the best of it. However bad, good, oppressive it is, do the best you can with where you are. If God leads you to take a stand, and you’re punished for it, know that He will be there. It may be that we will be called to be serving God in difficult times.

Even during all of this chaos going on, some people will turn to God. I have heard that, right now, the countries with the fastest-growing churches are Iran, Iraq, and Afghanistan. Praise God!

We can be concerned about the state of our nation, and complain, or we can do the best we can in our circumstances. Repent where you need to repent. This is a good time for all of us to examine ourselves and see what areas of our lives need to be confessed and changed. Our repentance will help us with serving God.

There WILL Be a Return!

So, what we need to do is be ready! Regardless of what happens when, if you know Christ, you’ll be all right. If you don’t, you’re on dangerous ground. The certainty of Christ’s return will encourage us when it comes to serving God.

Watch for judgment. Serve God anyway. Repent when necessary. Watch for the return of Christ.

We don’t know when He will return but we do know that He will, and his return is closer today than it’s ever been before.