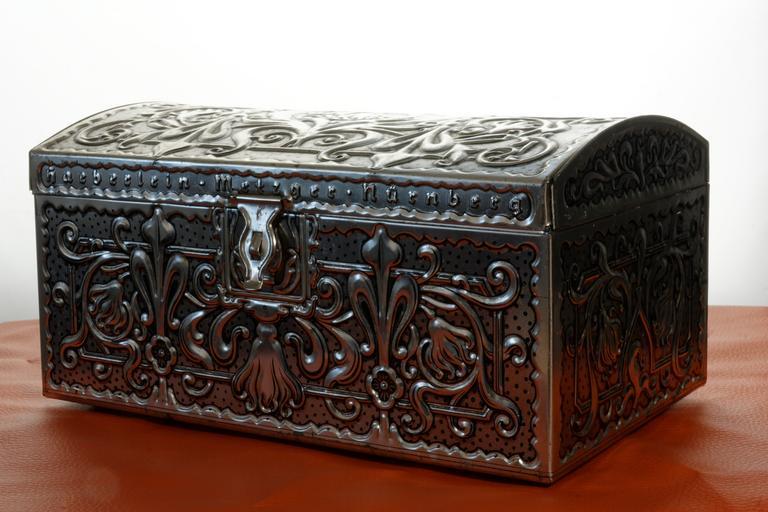 Proverbs 25:1-5
“These also are proverbs of Solomon which the men of Hezekiah king of Judah copied. It is the glory of God to conceal things, but the glory of kings is to search things out. As the heavens for height, and the earth for depth, so the heart of kings is unsearchable.
Take away the dross from the silver, and the smith has material for a vessel; take away the wicked from the presence of the king, and his throne will be established in righteousness.”
A proverb is a short saying full of a lot of truth

The first thing I see in this passage is that God has placed many wonderful things in this universe for us to discover. He has hidden some things from us, but that is His prerogative.

Our understanding of science has changed over the years. For example, I was always taught that an atom was the smallest part of matter. Then they discovered protons, neutrons, and electrons, so those were smaller parts. Now they’ve discovered what are called quarks. Those are smaller than atoms.

Then it was found out that if they split the atom, a tremendous amount of energy would be released. It was a concern, at first, that there would be a chain reaction and if an atom was split, that chain reaction would go off all around the world. Of course that wasn’t the case, but we do have atomic bombs and there are chain reactions, but they stop before going across the entire planet. The atom bomb that was dropped to end World War 2, it is said, is as small as the detonator of the weapons we have now. It’s amazing to me that men have this understanding.

The first understanding was similar to the solar system. It was a planetary model with the nucleus in the center and the electrons and such around it. That’s what I was taught in grade school.

Another model of an atom is a bunch of dots. The dots are where the atom “might” be and the electron “might” be.

So there are all these different models.

The question is how does science come together to agree on anything? The solution is scientists and mathematicians have done enough experimenting and computing and figuring to find out what works. The equation will work for one situation, but not the other.
Our understanding has changed. Scientists are trying to find out how God makes things work.

The Bible tells us in Colossians that all things are held together by Him.

There are things that God has hidden and put it out there for us to find. It’s the glory of God to hide a matter, and it’s the honor of man (or woman) to search out a matter.

There was once a man who asked “What can I do with this seeming waste of time?” He was suffering from a serious injury, lying flat on his back. Earlier in his life, when he was 19, his father wanted him to choose a certain career path. But the young man wanted to go to sea, and so he did. He became known as a brilliant oceanographer. His life became boring, however, and then he was involved in a stagecoach accident where he broke his right leg. He wasn’t able to be active, and he was relegated to working in an office. He began keeping maps and charts, and life was dull.

While recovering from this injury, he asked his son to come read to him. His request was that the son read the Bible. The son read from Psalm chapter 8 and he read “Whatsoever passes through the paths of the seas…”
The oceanographer had a thought, “paths of the seas.” No one had ever realized before that the sea had paths. This is one of the glories that God had concealed that the man discovered. The man was in bed for a long time and began to think about the paths of the seas. His name was Matthew Fontaine Maury.

Once Matthew recovered, he took God at His word and began searching for the paths mentioned in Psalms. He began experimenting. He took some bottles, added some weight so that they would stay underwater, but not completely sink. He put instructions in the bottles, asking the person finding it, to let him know when and where the bottle was found. Through this process, he discovered how long it took to get to a certain place. He noticed patterns and that is how we now have names and locations of the currents in the oceans.

One is the Gulf Stream Current. It’s about 50 miles wide and 3,000 feet deep. The rate of flow is measured by volume per second and is about 1000 times faster than the Mississippi River. Many ocean vessels ride this current in order to save valuable shipping time.
Maury’s discovery of ocean currents took 3 weeks off of trips between the continents. All because he decided to search out the Paths of the Seas mentioned in the Bible.
In the town of Richmond, Virginia, there was a statue erected to honor him. The inscription on the plaque read “Pathfinder of the Seas”.

We should search for the hidden wisdom of God. We grow during the process of searching. We don’t have to make the mistakes of others. Biblical principles will work in many areas of life.

What did the man who had everything conclude about his life? He was raised in a palace. His father had died, and he was now king. God asked him what he wanted, and he told God he wanted wisdom. God said since he had asked for wisdom and not riches, He was going to bless the king with both. So the king had wisdom from God, great riches, visiting dignitaries, like the Queen of Sheba.

Then the king began to do things for political gain. One of the things he did was participate in arranged marriages with women from other countries. Some of those women worshipped false gods, and the king (Solomon) worshipped the one true God.
However, Solomon went astray and began worshipping the false gods of his wives. He quickly learned what life was like without God in the picture. Even though he knew God to begin with, he started wandering around in the world and had to learn some lessons. There are Christians today who do that same thing!

So, Solomon had a testimony about his experiences and wrote it down. Those writings became the book of Ecclesiastes. He finally came to the conclusion that man should fear God and keep His commandments. We need to search out the wisdom of God.

We also need to surround ourselves with the kind of people who will inspire us to righteousness. The wrong friends can lead us down the wrong road, and the wrong counselors can lead us to many mistakes.

People in positions of authority can’t possibly know everything and read everything. So, they assign people to investigate things for them. When they have good council and good counselors, they will make good decisions. When they have bad counsel and bad counselors, they will most likely make bad decisions.
Good friends and good counselors will inspire us to righteousness. How many times has there been a young person who was “on the fence” about serving God, and have met up with someone who is on fire for God? They were then inspired to serve or inspired to righteousness.

There was another king once, and he asked, “What shall I do?” He, too, was raised in a palace and became king when his father died. He was Solomon’s son, Rehoboam. He was fearful of ruling so he went to his father’s counselors. They were older men and they gave their advice. They said that Solomon had, toward the end of his reign, put a heavy load on the people and was very stern. The counselors advised the new king to “lighten up” and be less strict than his father had been. They said that if he did that, the people would be so grateful they would serve him forever.

Rehoboam didn’t listen to the wiser older men, and instead gathered some younger men and asked their advice. The younger men advised him to be stern and strict with the people. He listened to the younger counselors. The people were hopeful that this new king would be kinder, and when he wasn’t, the people rebelled. The ones who lived in the northern part of the kingdom rebelled especially hard, and they pulled away and named a man called Jeroboam as their king.

Rehoboam was trying to decide if he should take his army and attack the northern kingdom. A prophet named Shemaiah was sent by God and told Rehoboam not to attack. God told them to go home because He had caused the incident to happen. Rehoboam heeded the word of God and he was able to rule for another 16 years.

How does all this relate to us today? We need to realize there are many wonderful things that can be discovered by studying God’s word. Look at all that Matthew Maury accomplished by reading God’s word and following the signs.

A man named David Barton with an organization called Wall Builders said our American system of government has three branches, and those come from a verse in Isaiah.